02 4312 7385
Blocked Plumbing Services is your local specialist Relining Plumbers on the Central Coast, Lake Macquarie & Newcastle. We can provide you with long term pipe relining solutions that are quick, effective and mess-free. Sewer and stormwater pipe relining is the new trenchless reline technology that doesn’t require earthworks to recover a broken sewer or stormwater pipe. It is a fast and effective solution for new pipelines on your property.

What is Pipe Relining?

Typically in the past, old terracotta pipes or PVC pipes would be dug up then replaced, due to a tree root breaking the pipe or any other permanent blockage. Now, we can repair your pipes with sewer pipe relining, coating the inside of the broken pipe in a new layer of PVC plastic instead of having to replace it completely.

Our plumbers will inspect your line with a CCTV camera to find out how far along the damage is to your pipes and clear the blockage with a high pressure jet blaster. Then the relining equipment will be inserted into the old pipe to create a new patch relines as a replacement sewer or storm water line for your residence. No need for digging! It’s also the fastest way to repair burst pipes, with our experts able to complete jobs in less than a day.

A qualified plumber will come out and inspect the site, assessing the damage using a CCTV drain camera and creating a solution.

Our plumber will unblock the drain using a high-pressure water jet. This will clear any blockage and ensure the pipe is ready for relining.
N

Our team can now get to work relining the drain pipes. This will line the pipe with a strong inner lining, repairing it.
N

Finally, we check over the whole job to ensure quality. This guarantees the job is done properly and your pipes will work correctly for a long time to come.

Why Pipe Relining? What Are The Advantages?

With the right tools, pipe relining is a fairly quick process. We can reline pipes fast, getting them repaired and flowing within the day.


Less mess and non-destructive to your land

Pipe relining is non-destructive, meaning there will be minimal disruption to your property, and we can complete the work without noise or mess.


We don’t have to dig up your yard or driveway to get the job done. Pipe relining enables us to come through your existing trenches, rather than digging a new one.


More cost-effective than other solutions

Because pipe relining is a long-lasting, durable solution, it will also cost you less in the long run. Less chance of you needing repairs means less money spent on repairs.
i

We offer a lifetime workmanship guarantee on Pipe relining services. We’re confident our pipe relining is the best solution for your sewer pipe repair needs. 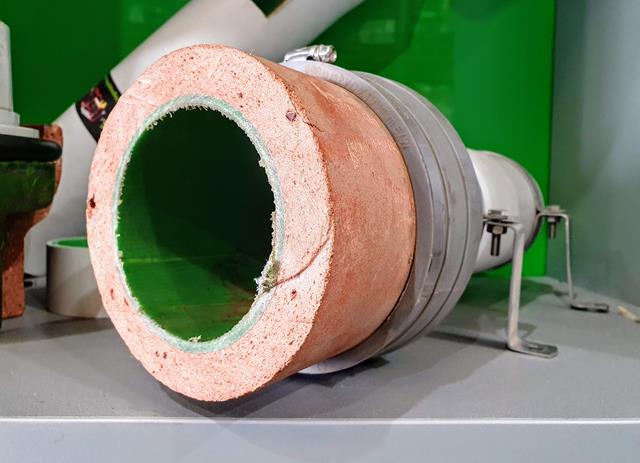 Am I Eligible for Pipe Relining?

Unlike traditional plumbing solutions, pipe relining can’t always be performed. If a pipe has significantly large internal gaps then the pipe relining solution won’t be able to mould to the sides of the pipe and repair it. If your pipe is too badly damaged to reline, our plumbers will advise you on an appropriate alternative solution. Explore our other service: rain water tank installation and stormwater drainge.

As blocked drain and drain relining specialists we have extensive experience working with drain blockages, burst pipes and new pipe installations. We’ve been relining pipes for years and can provide you with a comprehensive and long-lasting pipe repair solution. We know that not every burst pipe has the same solution, and so use a range of advanced tools to create a tailored solution that works. A licensed plumber will inspect your pipes, assess the situation and provide an effective solution with minimal disruption. We also provide a wide range of other plumbing services, including blocked drains repair, sewer line repair, pipe repair, blocked pipes and more. Choose Blocked Plumbing Services for: 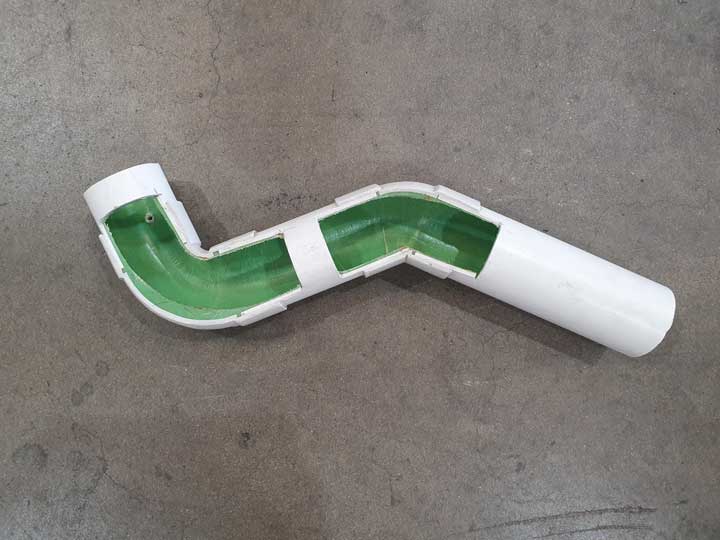 Is pipe relining worth it?

Broken pipe relining is one of the best things you can do for a broken pipe. While not all pipes can be relined, the ones that can benefit greatly from it. Pipes that have deteriorated, been broken into by roots, or simply cracked over time, can be relined, giving them a new PVC inner lining that’s tough and durable. This lining can last for years and years, ensuring your pipes stay in good condition for as long as possible.

How long does Pipe Relining last?

The Pipe Relining is a guaranteed material and the Pipe relining itself will last for years, but is not permanent. If you have Pipe Relining installed in your pipes, it is always a good idea to get regular inspections from a plumber in case of wear or damage that may occur over time.

How does Pipe Relining work?

If you have cracked or broken pipes, pipe relining can repair them fast and restore them to like-new condition. Pipe relining services work by coating the inside of a broken pipe with PVC, reinforcing it and ensuring it can’t be broken again anytime soon. By effectively injecting the pipe with plastic we can cover any cracks, block up any gaps, and leave you with stronger, more durable pipes. While we can’t reline all pipes, as some damage will be too large to reline effectively, we can reline all standard pipes, including sewer pipes.

How much does Pipe Relining cost?

Pipe relining can cost anywhere from $300 to $1000+ per meter. Price will depend on the size of the pipe, the complexity of the job, the condition of the pipe, and a wide range of other factors. If you’re concerned about the cost of pipe relining, request a quote and one of our plumbers will come out to your location to assess the damage and provide you with an accurate price.

Because of the nature of pipe relining, there is a small decrease in diameter for the pipe. This is usually around 6mm, or half a centimetre. This will not affect the flow of water. In fact, in some cases it can increase the flow of water, creating a new, smooth surface which water will pass through cleanly.

Pipe relining is one of the more cost-effective pipe repair options available for relining drain pipes and relining sewer pipes, with prices in the $300-$1000 per meter range. Often it is cheaper than a complete price replacement, and is definitely cheaper over time as relined pipes are stronger and more durable than standard pipes, meaning you will need to get your pipes repaired less often.

What's the difference between pipe relining and sewer relining?

What is trenchless pipe relining?

Most home insurance policies won’t include pipe relining. You will need to check with your insurance provider to make sure, but it may come under a separate policy known as sewer insurance, or may not be offered at all.

If you’re looking to avoid replacing your pipes completely and still aren’t convinced on pipe relining, pipe patching is your other option. Pipe patching is good for small sections of damaged piping, small cracks, breaks and similar, while relining is often used to tackle larger sections. Depending on the job, your plumber may recommend one over the other. Pipe relining can be more expensive for smaller sections, but overall will usually give you stronger, longer-lasting results.

If you’re struggling to decide between pipe relining and pipe replacement, your plumber should be able to help you out with the pros and cons of both. Pipe replacement is more often offered in cases where there’s significant damage or wear, but it’s also an expensive process that involves removing all existing piping fixtures before installing new ones. It’s usually used as a last resort, as it’s an expensive and involved process that can take a long time to complete depending on the extent of the damage.

Alternatively, pipe relining is excellent for cracked and broken pipes where the majority of the pipe is still intact. It’s faster, cheaper, and more effective to reline pipes if you can instead of replacing them.

Pipe relining is a tried and tested technique that has been used for decades with a low risk of failure. Pipe relining isn’t guaranteed, so there’s always the possibility of unforeseen issues or problems arising, but this is extremely rare. If you’ve had pipe relining work done and your pipes still aren’t working properly, the problem might be caused by defective pipe relining installation. Our team can assess the damage and provide a fix, ensuring your pipe relining works the way it should.
If you have a plumbing issue, call us!